About | SAFE AND SOUND
Skip to main content
Home About 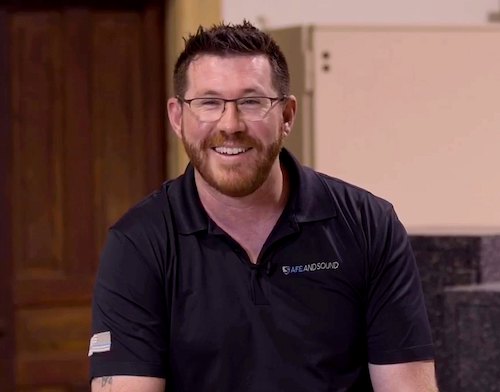 I started the long and rewarding journey to create this business as a boy equipped with only a breadbox van, some tools, and the need to support my addiction to martial arts. Before I knew it, I’d become well-versed in my mastery of locksmithing, and I had amassed a loyal following of customers in Southwest Florida.

My passion for entrepreneurship led me to found Safe and Sound in SWFL at the start of the great recession in 2008. Headquartered in a spider-filled warehouse that I also called my home, I worked 24-hrs on my new start-up business as the lone technician, salesman, manager, and janitor.

A year or two later, after a nasty bout of the flu took me out of commission for two weeks, I watched Safe and Sound’s cashflow vanish and realized it was time for me to bring on other employees. Like a much-needed dose of Tamiflu, I met my first employee only a few weeks later. And then we were two monkeys with a football… you know how the phrase goes…

Armed with naïve optimism and can-do spirit, I built Safe and Sound from the ground up, one relationship at a time. Locksmithing was only the beginning of our story though. Safe and Sound has expended through the years, including some key partnerships, to bring Southwest Florida the highest quality in security doors, gun safes, cash vaults, further protection from fires or burglars, and so much more.

Now, with many talented technicians on my team, a 6,000 square foot (and spider free) workshop, a 3,000 square foot showroom, and an exciting book of projects and ever-growing loyal clientele: I am proud to say that we are the biggest locksmithing company in Southwest Florida, and we are the best at what we do.